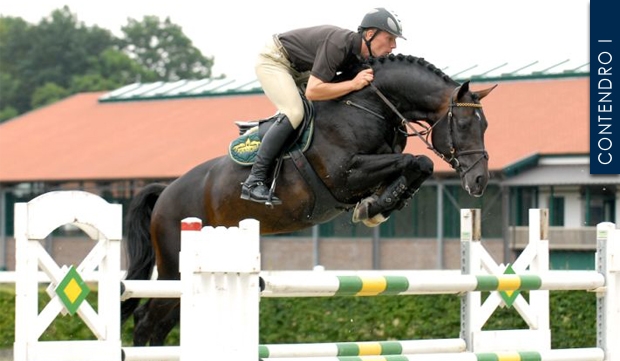 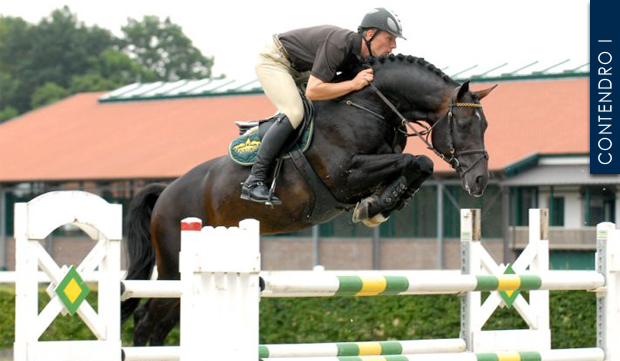 CONTENDRO I’s offspring, from the youngest to the top Level, made a great impression this week-end across all Show-Jumping arenas.

Town Head Chinton with James Smith (UK) and Cherrypop with Cecile Hatteland (NOR) came 4th and 6th respectively in Villamoura (Portugal) in the 7 yo final contest.

Carlson was in Spain in Vejer de la Frontera and finished second with Gregory Wathelet (BE) in Friday’s big test; Holiday by Solitour was, as each time, ranked in the Dortmund CSI*** with K.O Nagel.

During this past week-end’s biggest jumping competitionin Braunschweig (Germany), the progeny of CONTENDRO I did great. Tabea won the Grand Prix under the saddle of Philipp Weishaupt with a 1 second lead! Oliver Lazarus (RSA) was qualified for the jump-off and finished 9th with Curt, yet anotherson of CONTENDRO I’s. On Friday, Curt and Tabea were ranked 3rd and 6th respectively.

Constantin B won two 145 level competitions including the smallGrand Prix 145, under the saddle of Hans Dieter Dreher!

A brilliant display of sports performances by CONTENDRO I’s offspring !

You can watch under the Contendro’s video which was played at Saint-Lô stallion show, in order to celebrate his rank as 10th best stallion worldwide.