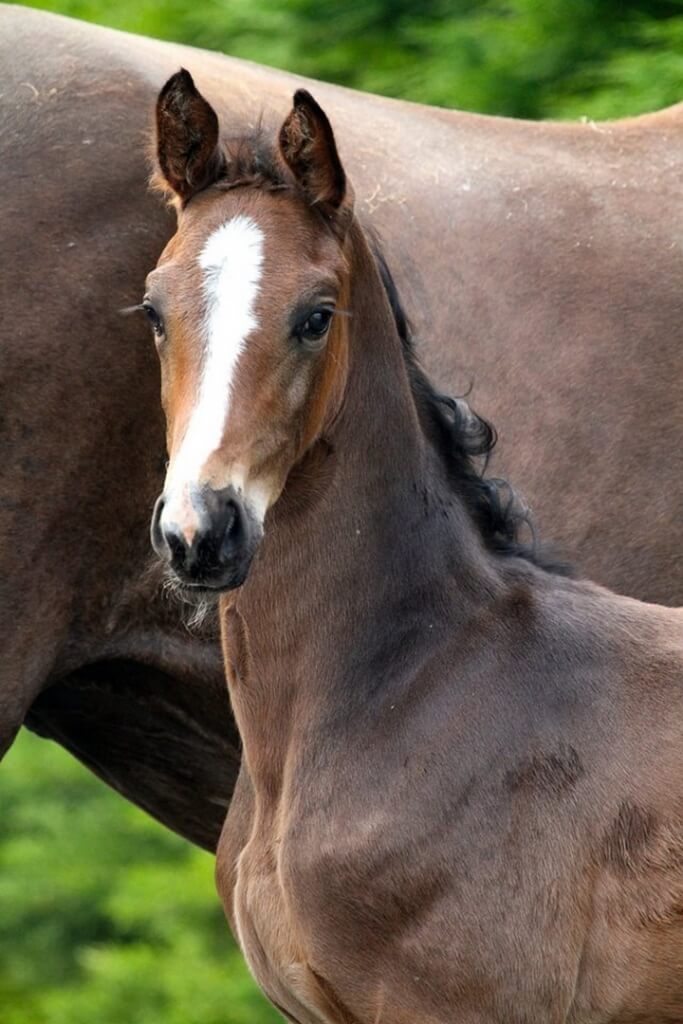 The criterion of the head is retained in the new version of the PAX Graphic although it doesn’t exist a study establishing a relation between a trendy head and a good sporting career: the elegancy is a subjective concept. The head is nevertheless an important parameter of the crossing choice because it plays a part in marketing but also because some characteristics play an important functional role.


The mouth:
Beyond this characteristic of which the heritability is not measured but which one we can say that it is not negligible, it is useful to speak about the conformation of the mouth.
The place of the corner of lips compared to the bars determines the place of the bit in the mouth.
The bit acts at the same time on the bars and the corner of lips, its place is important to have “good stops”.
It will thus be necessary to avoid “too small” mouths for which the action on the commissure of the lips is permanent so that the bit stays on the middle of the bars.

Eyes:
It is obvious that the position of the eyes influences at the vision perception. Too much turned in their orbits, they limit these one backwards and that can determine a more anxious temperament.
Number of professionals begin their examination of a horse with this exchange of glance!

Jaws:
• Their spacing is correlated with the size of the trachea and thus the effectiveness of the breathing.
• Their size is correlated with the weight of the head.
• Their form and their position compared to the first two cervical vertebrae play a part in the facility of the inflection of the neck.
The quality of the mouth and the facility to bend the neck are two very important characteristics for the riders.

Ears:
They take part in the perception which a horse has of its environment.
The objective studies are missing to validate or not the idea according to which the horses with small ears would be on average more anxious than the others.

The weight:
The head and the neck influence the form of the trajectory and the balance at the reception.
Longer the neck will be with a heavy head, more difficult the fore-unit will be to operate.
A heavy head at the end of a long and horizontal neck will makes more difficult the carryforward of weight backwards, and the hindleg movement of the backsliding of the gravity center at the request of the rider.
A light head at the end of a short and vertical neck makes easier to put the weight on the hindquarters but will be less effective to extend the trajectory at the time of the jump of an oxer.
The experts consider that the optimum is then in the medium. 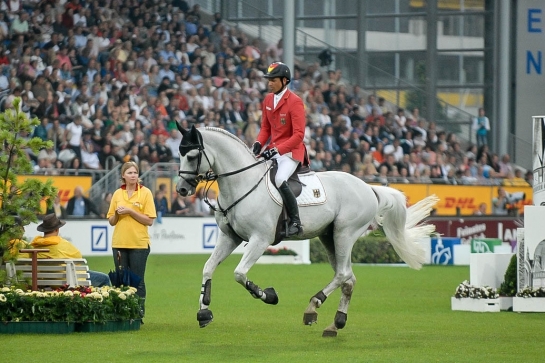 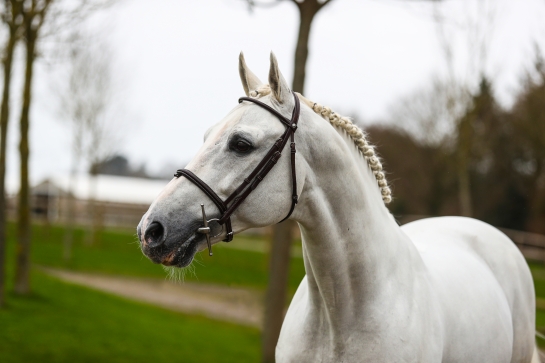