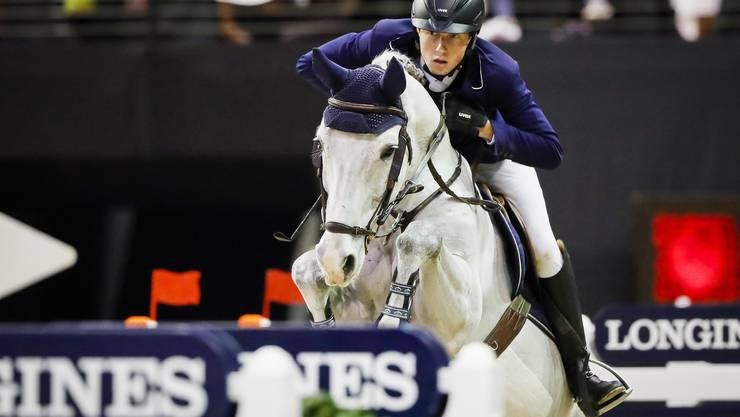 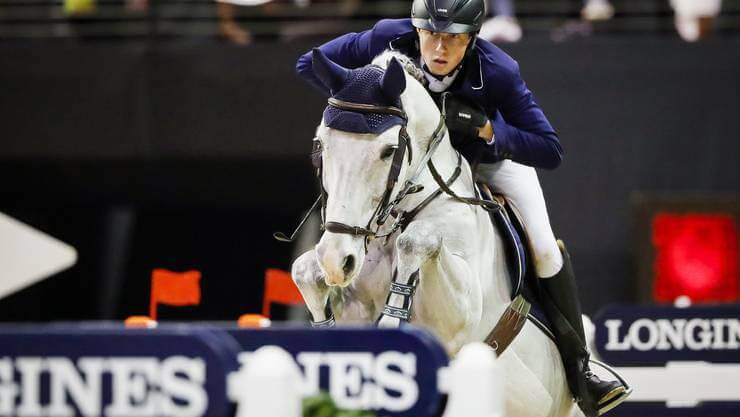 This weekend, during the CSI5* of Basle in Switzerland, the rankings have been numerous for the products resulting from our stallions of our catalog but the King of the weekend is undoubtably the son of CORNET OBOLENSKY: Clooney 51 that won the GP World cup under the saddle of Martin Fuchs.

The couple reiterates the performance for the second consecutive year and was also victorious at the GP CSI5* of Lyon in November!

Clooney 51 was not the only product of CORNET to perform last weekend:
- Cornet Kalua ended 4th of a 145 test with Max Kuhner and 2nd of the GP 150
- The Selle Francais Vangog du Mas Garnier, under the saddle of Olivier Robert, was classified 3 times at the CSI5* with one 3rd place in the 145, one 5th place and one 2nd on a 145!

Other products of our stallion also carried out beautiful performances:
- Molly Mallone (KANNAN) and Bertram Allen ended 5th of the GP 155 and 8th of the World cup’s GP
- The 3rd place of Twenty Clary (CALVARO) and Hans-Dieter Drehere,

The year 2019 is beginning very well!