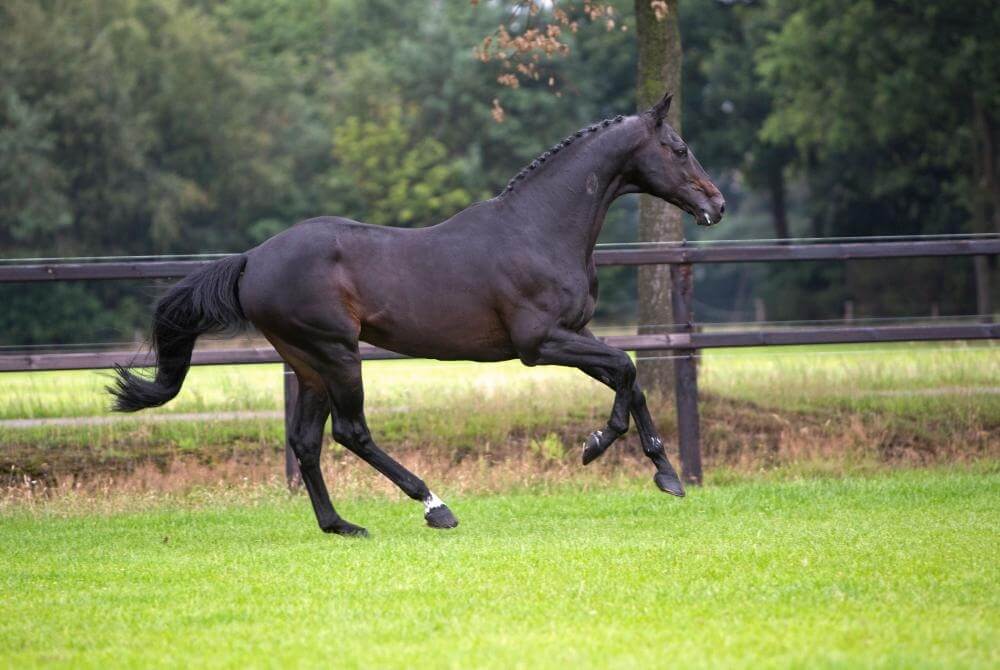 As popular in France as in the Benelux, our "almost thoroughbred" represents a great opportunity for jumping for bringing back blood in showjumping horses without losing the aptitude, and he also seduces breeders of Eventing horses.

▶ License : SF, KWPN, Holst, Bwp, Swb
▶ WFFS : Génotyp N / N
What to remember : All the qualities of thoroughbred and a proven ability for the jumping: CSI5* and World Equestrian Games of Lexington ! He is one of the rare almost thoroughbred offered as sire after a very high level sports record, including participation in Lexington World Equestrian Games. It is the perfect sire for bringing blood and locomotion.
What he passes : He transmits his chic and a very beautiful locomotion. It is an ideal sire for producing Eventing horses. 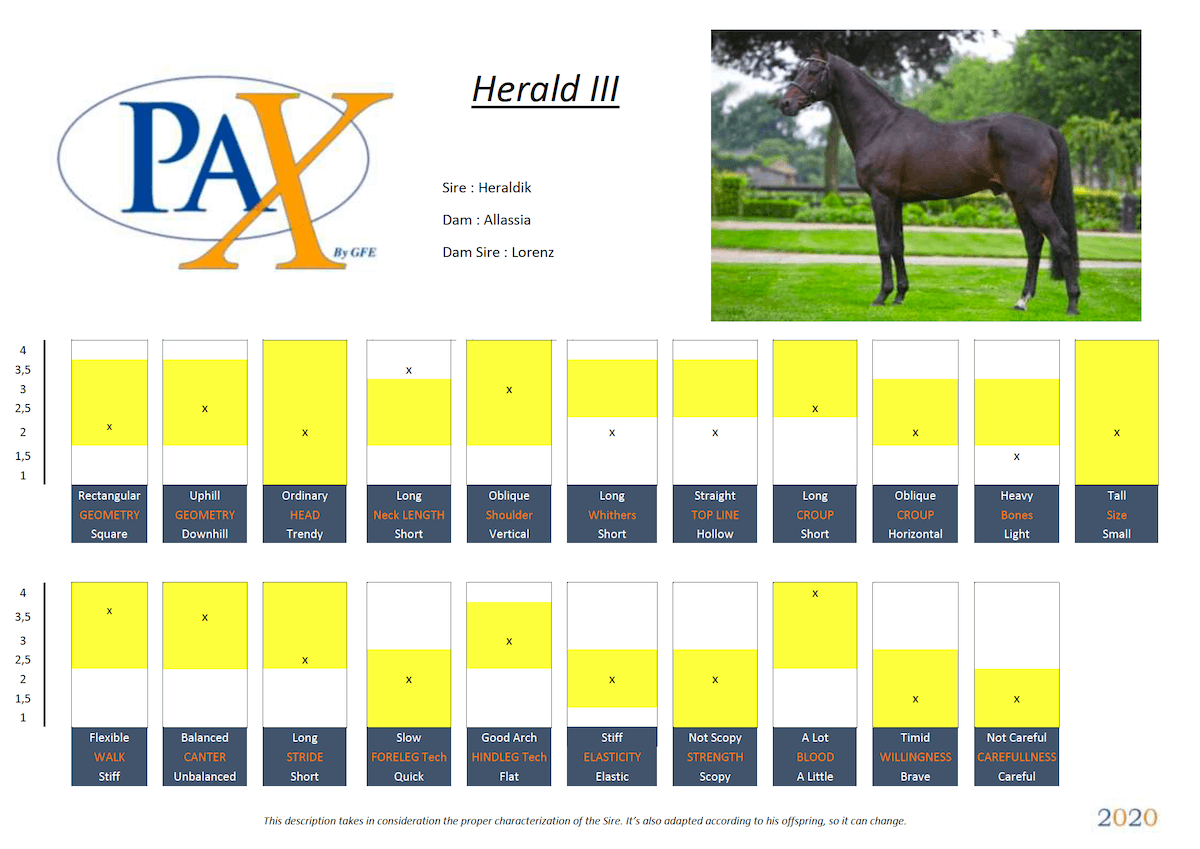 ▶ Djinn Tonic Semilly was finalist at 5 and 6 years old French Championship in Fontainebleau.
▶ Que Si Que Non van't Meulenhof was BWP licensed in 2019 and sold 44 000 € at the BWP auctions.
▶ King Champion is 3 years old Champion in Ireland in 2019.
▶ Difda du Very was finalist in the French Championship in Pompadour at 5 and 6 years old, ICC 134
▶ Herald du Castel was 6th of the Normandy Foal Championship
▶ Galaad de Ballac is 9th in the 3 yo stallion selection in Britanny in 2019. 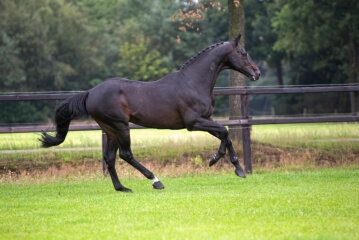 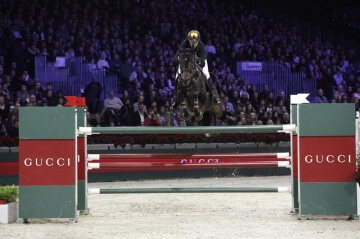 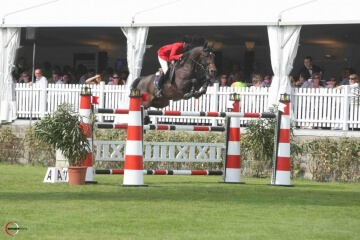 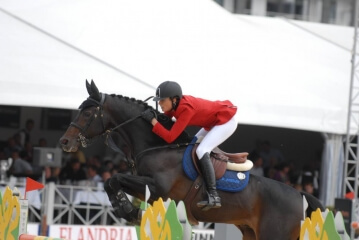 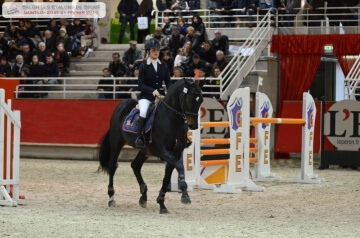 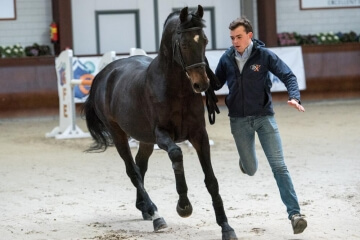 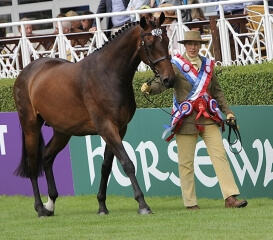 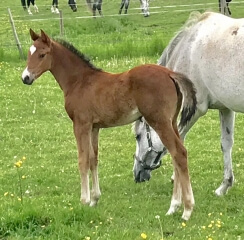