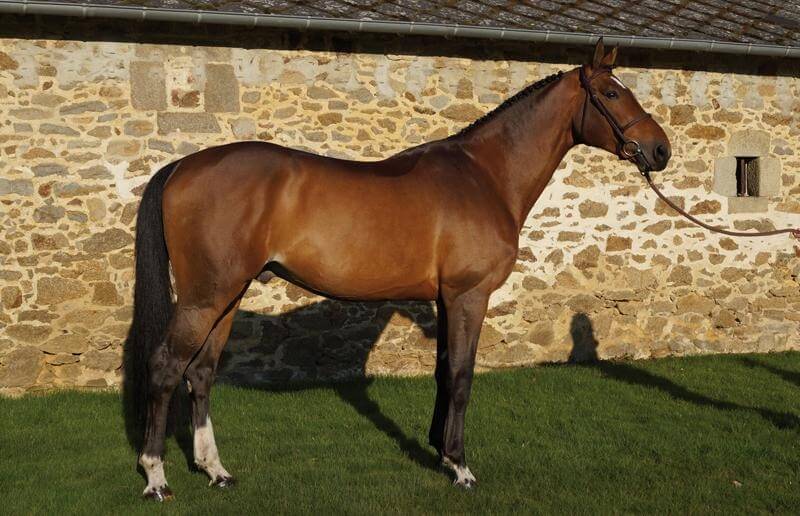 In his pedigree PEZETAS DU ROUET combines the genetics of two of the best French maternal origins. His first products have frame, strength and generally a very nice locomotion.

▶ In France since 2008
▶ Stud-books of approval : SF
What to remember: exceptional amplitude and galloping quality.
What he passes: he gives his strength and great character. Works great with mare with a significant amount of blood. 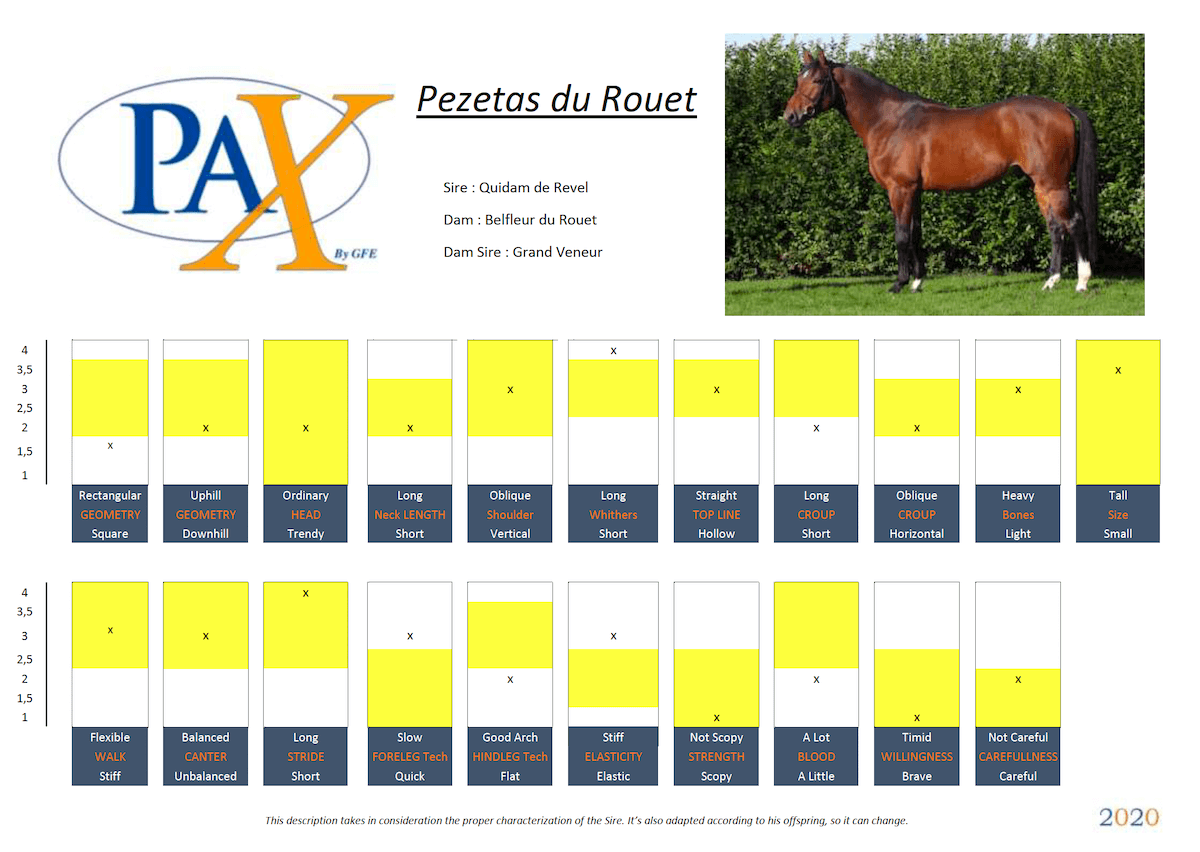 ▶ 3rd at the Sire Championship of the 2-year-old in St Lô in 2005, where he was approved.
Injured at the end of his 3 years old, he had been during exclusively to the reproduction between his 4 and 5 years.
▶ He started again the competition at the end of 2009, evolving in 6 years old classes.
▶ In 2010, under the saddle of Benjamin Robert, he ended 6th of 7 years old qualification in Le Lion d’Angers, finalist of the French championship of 7 year old at Fontainebleau
▶ In 2011, he ended 7th of the GP 1m35 of Marolles en Brie. He was  ranked in CSI *** in Dinard and CSI ** in Le Mans. He took part to the Sires of the World class in Lanaken. He is now devoted to the reproduction.

New record with more than 250 winners for the GFE! 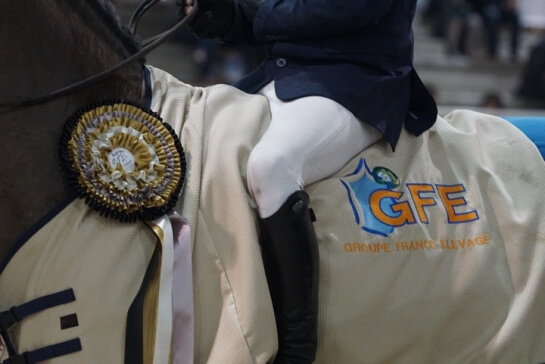 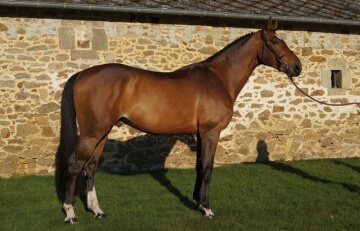 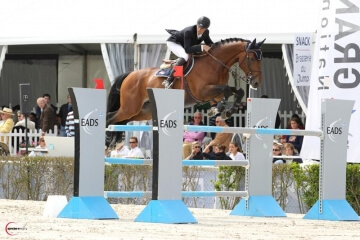 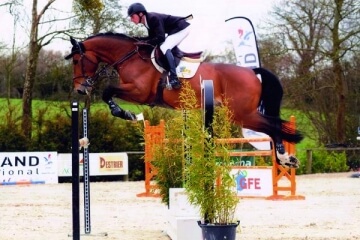 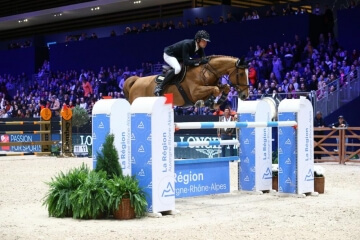 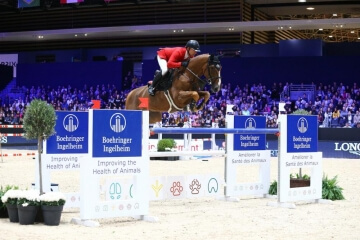