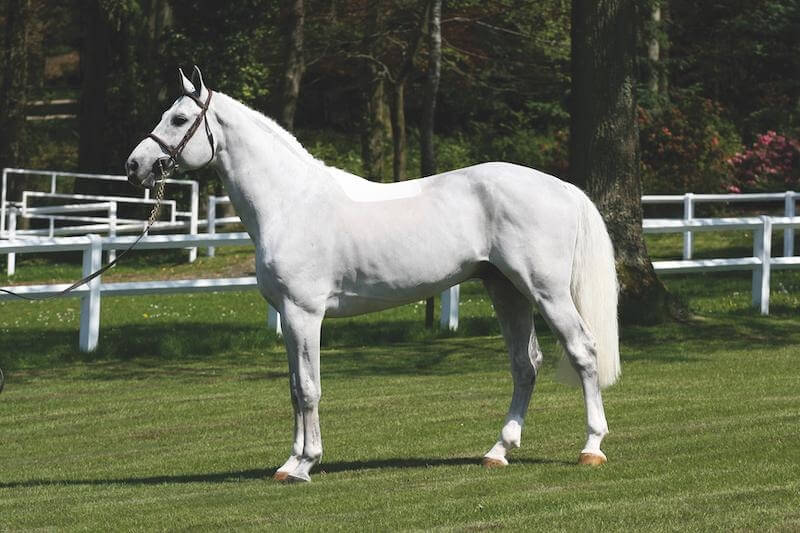 He still counts among the best sires of winners worldwide and boasts one of the best price/quality ratio within this world ranking. He greatly improves his offspring’s conformation and is better suited to large-framed mares. He usually produces easy and stylish horses.

▶ Entered at the Stud in 2011
▶ BSO : + 17(0.97)
▶ License Stud-books : SF, Old, BWP, Hann, Rhein, Westph, Meckl, ISH
▶ X-ray score : more than 15 years - WFFS : Génotyp N / N
What to remember : Still one of the best Sire of winners in the world and remains one of the best values in this ranking. He considerably improves the model and is suits best mares with size. He generally produces modern and stylish horses.
He is in the world top 100, but also in the top places of honor in the rankings of young horses Sire and in the fair’s competitions.
What he passes : He transmits his elegant silhouette and beautiful locomotion; in particular, his balance. He suits mares with enough size, flexibility in the back and blood. 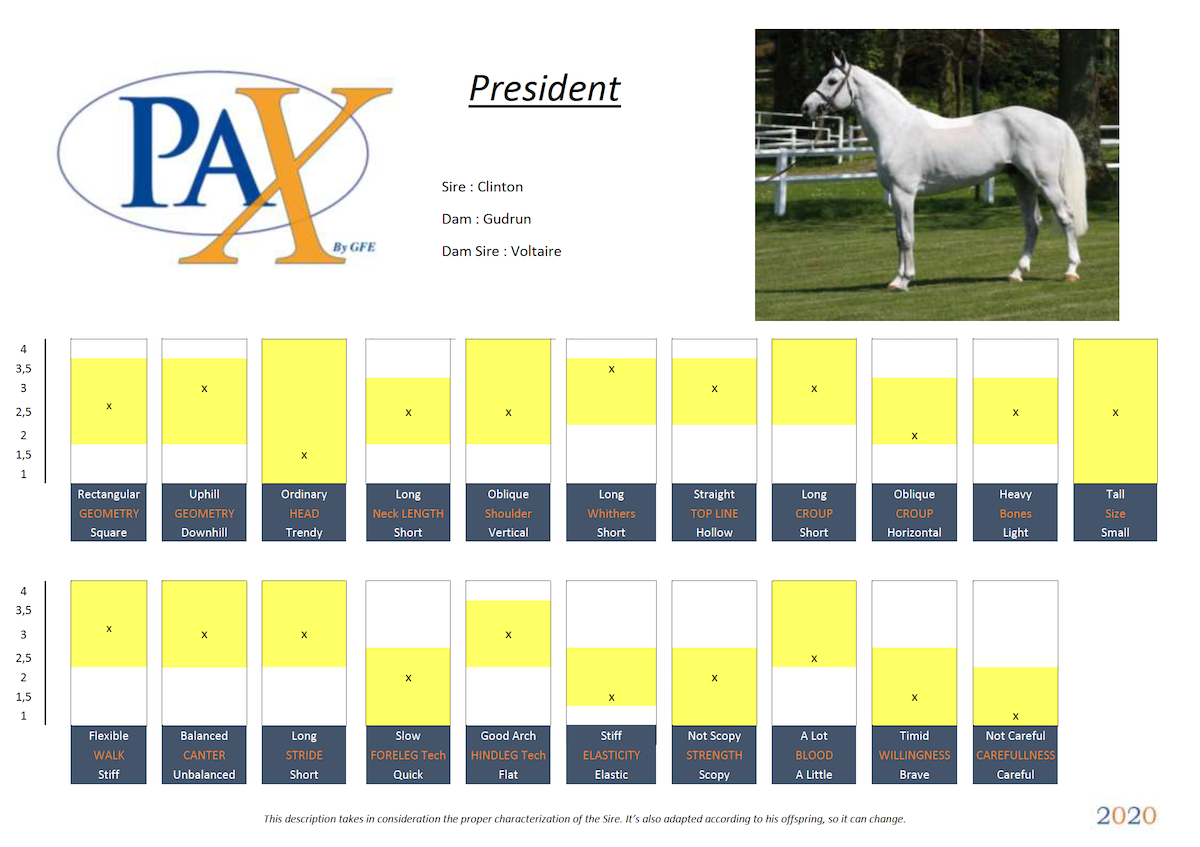 ►Clinton, Holsteiner Sire, international performer in CSIO with D. Demeersman: 2nd of the GP CSIO5* of Aix la Chapelle, 3rd of the Olympic Games of Athens and 4th of the GP CSIO5* of Rome… 18th best sire of winners in CSO on WBFSH 2018 with more than 150 international winners: Cornet Obolensky, 4th sire of the winners in CSO according to the 2018 WBFSH ranking, Olympic Games of Hong Kong, twice finalist at the World cup in 2009 and 2012; Clinta, 13th world performer in 2018 with McLain Ward, Gold medal by team and 4th into individual at the World equestrian games of Tryon, winner of the GP CSI5* of Dinard, New York… ; Floreval Suspens, 83th 2018 world performer with V. Tuganov, Worldwide games of Tryon, 4th of a 1,60m CSIO5* of Calgary in 2017, ISO 169(18); Dame Blanche Van Arenberg, winner CSIO5* of Calgary in 2013, winner of the Nations Cup of La Baule, 2nd of the Nations Cup of Lumen, 4th of the GP in la Baule with P. Leprevost, ISO 169(13); Coral Reef Via Volo, winner CSIO5* of Calgary, 2nd at the Pan-American Games with B. Madden; Bagni di Luca, Olympic Games of London with E. Patton; Danny Boy, twice winner of Aix la Chapelle with B. Madden; Ustina Sitte, CSI5* with N. Philippaerts; Cliffton Belesbat, CSIO5* with M. Dilasser, 2nd of the Nations Cup in Dublin, winner of the GP 1,50m of Le Touquet in 2017, ISO 166(17); Darlon Van Groenhove, 2nd of the Pan-American Games in Toronto in 2015, winner CSI5* of Calgary with A. Rodriguez, About A Dream…

►Approved in Italy at 4 years, it is then approved at 5 years by the SBS.
►Winner of the 6 years the National Cycle in Belgium
►In 2009, he integrates the stables of François Mathy Jr but a wound prevented from taking the competition and he has been devoted to the breeding by 2010. 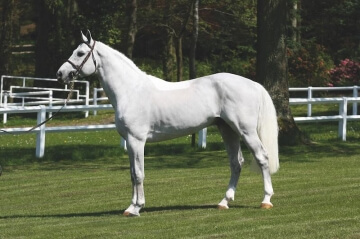 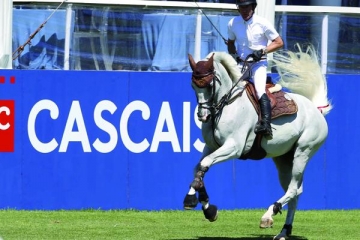 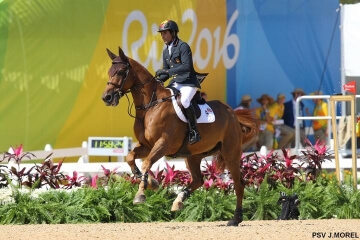 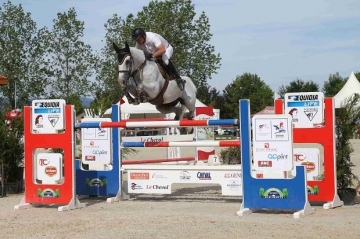 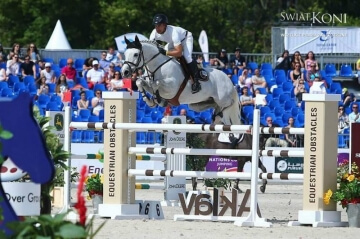 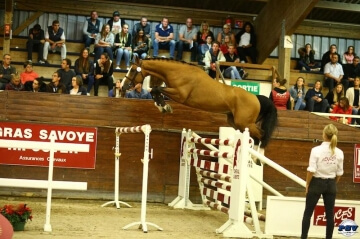 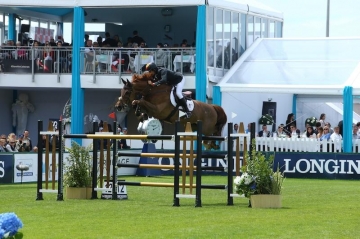 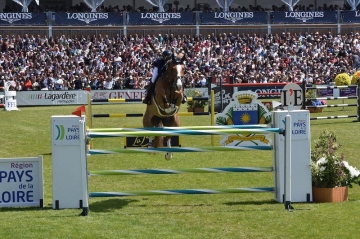 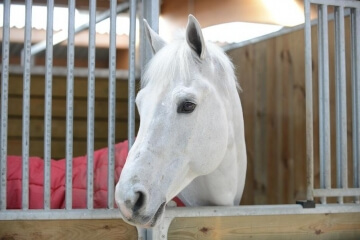 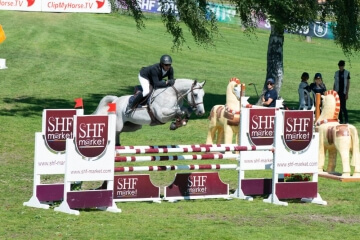 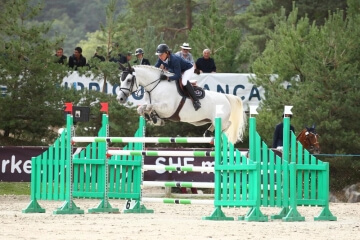 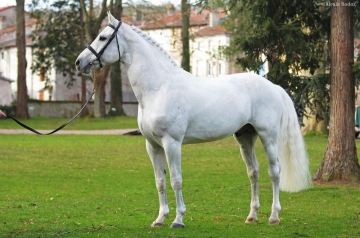 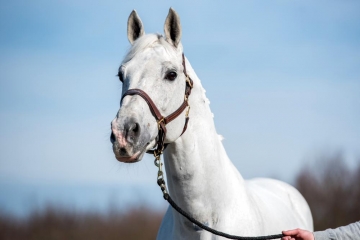 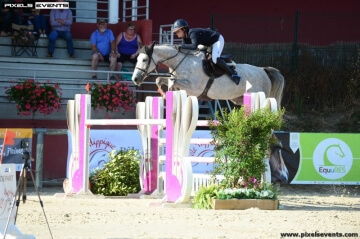 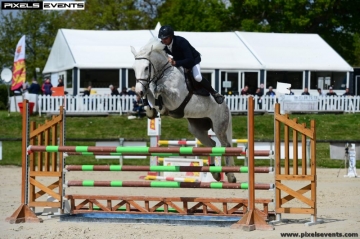