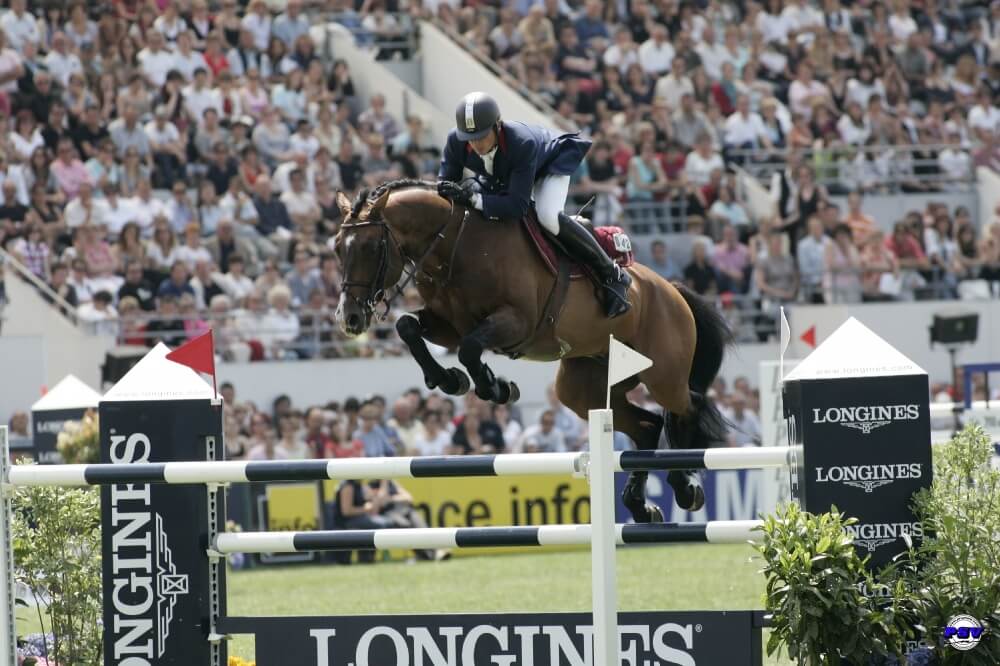 Great performer in CSI 4 and 5* with Julien Epaillard, before to disappear prematurely. His offspring shined at the highest level.
His pedigree is exceptional.

▶ Licensed stud-books : SF, Bavard, Z.
What to remember : He died prematurelay after starting his career at the very high level and his offspring is among the best horses in the world.
What he passes : He brings his chic, his strength, his canter, a good back and a very good technique.

▶Wella I, exceptional dam with 5 winning descendants in CSI5*; Ornella, full sister of Quaprice Bois Margot, French Champion at 6 yo and winner in CSI5*, Cadillac, 3rd in the GP in Paris CSI4* with E. Navet, Chicago, 4th in the Derby of La Baule, Conduct, winner of the Nations Cup in Athens.
▶ Lyrik, is a sister of the famous Opérette La Silla (one of the 10 best mares in the World in the 90s with J. Top) and the Holsteiner stallion Literat B, 1st of the Körung.
▶ Flandia, granddam of Quinault winner of the CSIO and the Nations Cup, aunt of Eurocommerce New Orléans, winner of the CSI5* Grand Prix in Brussels, 7th in the Gucci Masters Grand Prix in Paris, 2nd in the CSI5*-W Grand Prix in Lyon in 2010, winner of the CSIO in St Gallen in 2012; and Candy 195, 9th in the World Cup Final in Las Vegas, best Holsteiner mare in 2005 and 2nd in the CSI5*-W Grand Prix in London in 2006.

▶At 7 years old, Quaprice realized 15 international rankings and finished 6th in the 7yo French Championship.
▶ At 8 years old, Quaprice is 3rd in the World Championship in Lanaken 2006. He was ranked 18 times in International competitions: CSI3* of Deauville, CSI5* of San Patrignano, CSI3* of Dinard.
▶ At 10 yo, he shines at the very high level with Julien Epaillard : Grand Prix in Arezzo CSI4*, Grand Prix Global Tour of Hamburg CSI5*, Grand Prix in la Baule CSIO5*...
▶ He dies prematurely at 11 years old. 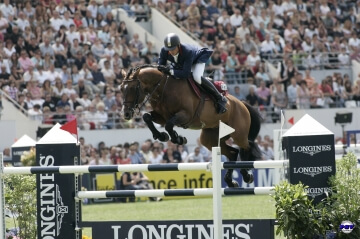 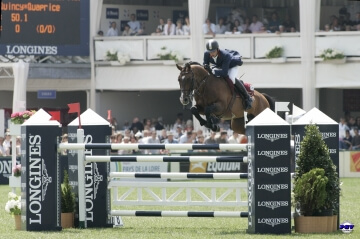