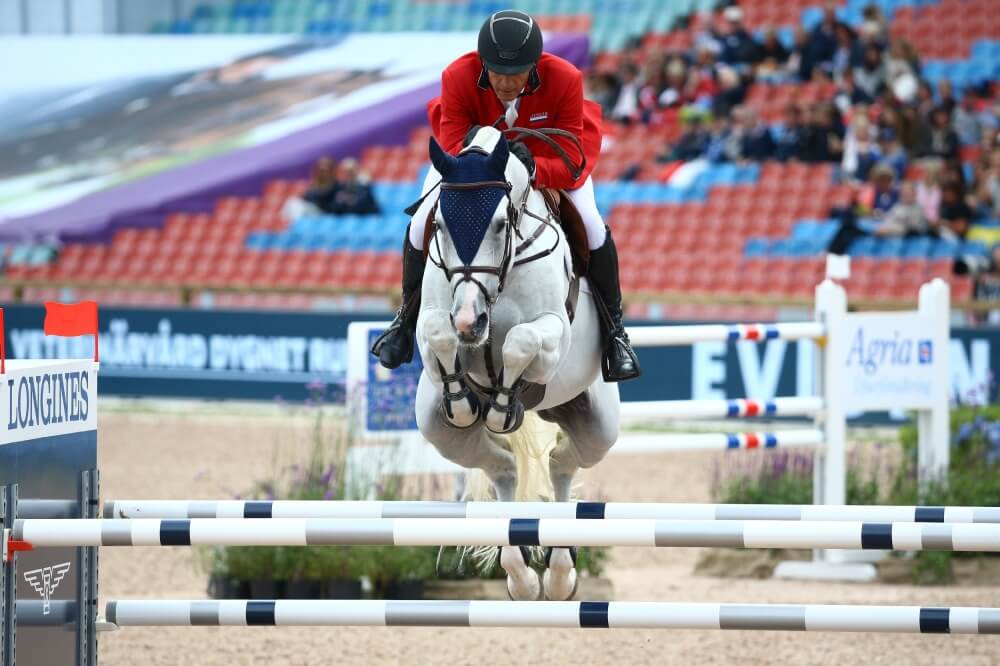 He is a force of nature with plenty of scope, carefulness and willingness. These outstanding qualities led him to achieve a great sport career. He shone at the highest level with W. Tuganov, took part in the European Championships and the World Equestrian Games in Tryon.
SUSPENS FLOREVAL first offspring are starting to show up in competitions and look very promising.

▶ Licensed Stud-books: SF, AA
▶ Osteoarticular status: 4*
What to remember: His model, his records, his locomotion, his pedigree and his mentality make him a sire especially interesting. His young and confidential offspring are already very promising.
What he passes: Considering of his conformation, his frame and his size, he should particularly well matched mares with blood, who need a supply of strength and frame. 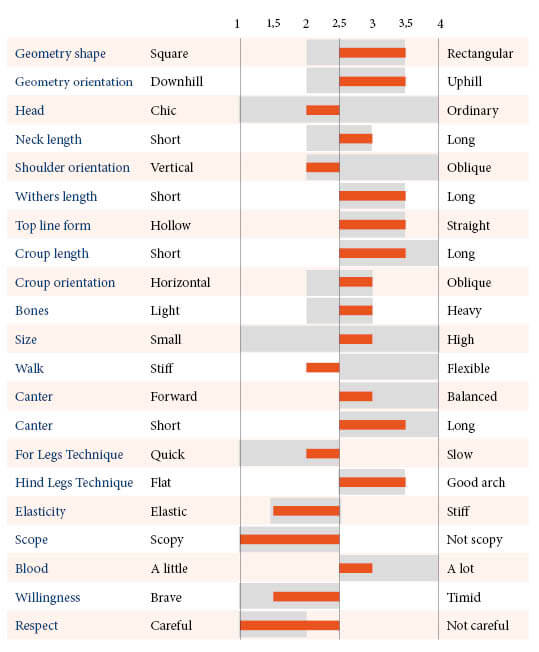 ▶ Finalist at 4 and 5 yo, he is bought by Alexander Onyshchenko at 6 yo and has started his international career with Oleg Krasyuk. They won their first CSI3* class at 8 yo in Ebreichsdorf before to shine in CSIO5* with René Tebbel in Sopot.
▶ At 9 yo, under the saddle of Vladimir Tuganov, he was ranked in Barcelona CSIO5*, Abu Dhabi CSIW, Doha CSI 4 and 5*, Calgary CSIO.
▶ At 10 yo, he is 4th GP World Cup in Sharjah, 2nd of the CSI3* in Al Aïn, and ranked in the 5* GP in Calgary.
▶From 11 to 16 yo, he is winner in CSI5* in Sharjah, Calgary and Al Aïn, second in Abu Dhabi and Budapest CSIO5*, 3rd GP World Cup in Al Aïn and holds 81 rankings in CSI.
He jumped the European Championship in Göthenburg and the World Equestrian Games in Tryon.
▶ In 2021, he wins the Abu Dhabi CSI5* Grand Prix to close an exceptionnal career of 8 years at the highest level with more than €300 000 prize money.

▶ His offspring are confidential but very promising. Out of 15 products, 13 jumped at CSI level. 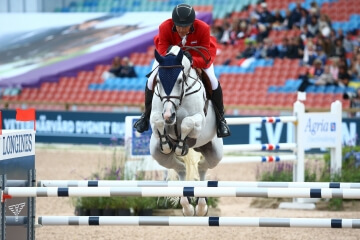 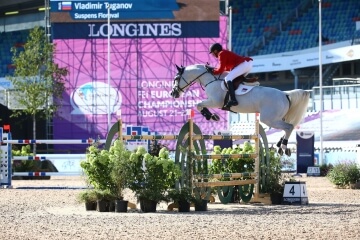 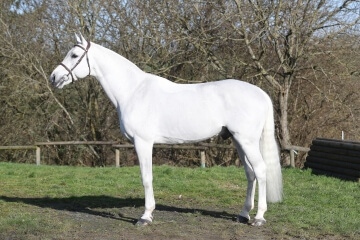 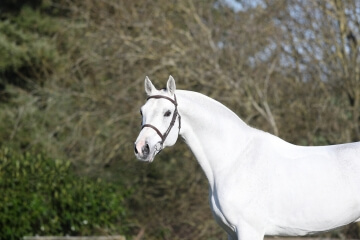 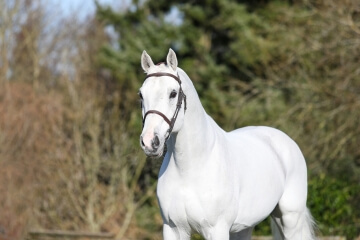